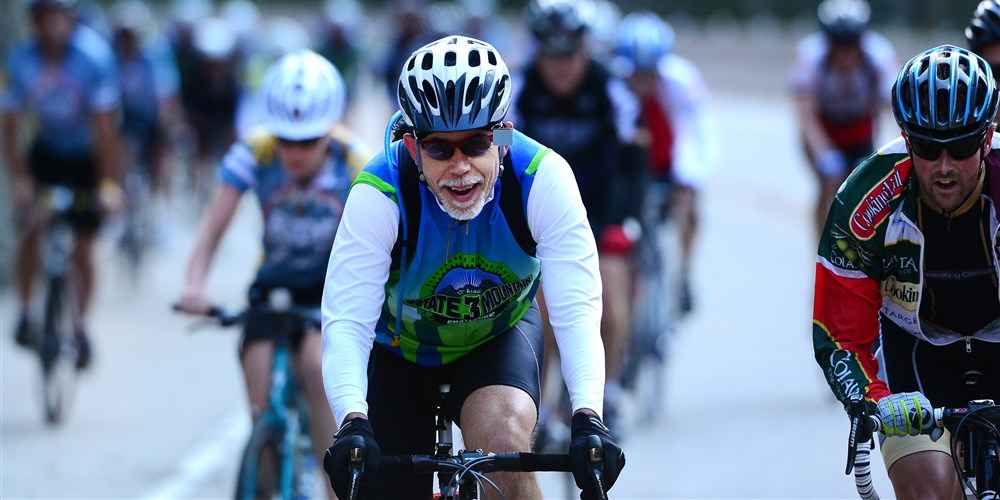 Here’s more evidence that regular exercise really is the best medicine: avid cyclists as old as 79 had healthy muscle and immune function as good as people 30 years younger who did not exercise.

British researchers tested the muscles and immune systems of a group of middle-aged and elderly cyclists and compared them to younger people who do not exercise regularly.

The cyclists were healthier, both in terms of their muscles and their immune systems, than middle-aged couchpotatoes. That’s no surprise.But they also looked as healthy, biologically, as a group of people aged 20 to 36 who did not exercise, the team reported in the journal Aging Cell.

By some measures, their bodies had not aged at all.

“It really tells us that staying physically active all of your adult life can prevent much of what we think of as aging, including immune aging,” said Janet Lord, who directs the Institute of Inflammation and Ageing at the University of Birmingham.

The team did two experiments taking muscle samples from their volunteers and also analyzing their immune systems at a very detailed level.

They worked with a group of 125 male and female cyclists aged 55 to 79, who regularly cycled long distances — 35 to 60 miles in a day at a fairly rapid clip.

They compared them to 75 people their own age who did not exercise and also to 55 young adults aged 20 to 36 who didn’t exercise.

The older cyclists did not lose muscle mass, their cholesterol levels stayed healthy, they did not gain as much body fat as the inactive adults and their immune systems looked 30 or more years younger, the team found.

Usually people start losing some immune function by the time they are 20. But the cyclists had not lost any at all.

“What we predict is that our cyclists should be able to respond really well to their annual flu vaccination and have a lower incidence of infections,” Lord said.

The study suggests that what has come to be an expected loss of immune protection may be caused by a lack of exercise, not by simply getting older.

“We conclude that maintained physical activity in to middle and old age protects against many aspects of immune aging which are in large part lifestyle-driven,” the researchers wrote.

“Our findings debunk the assumption that aging automatically makes us more frail,” Lord said in a statement.